When we talk about primary infertility we are referring to couples who have not been able to conceive after a year of having sexual intercourse without using birth control methods. This period of time, in fact, is shorter for women over 37 years of age ( six months)

In this regard, the male factor represents 35% of the causes of primary infertility.

These percentages are the findings of a study we carried out at the Centro Gutenberg Reproduction Unit by analysing data from 2014 to the present.

It is estimated that 75% of males who go to assisted reproduction clinics will have an abnormal sperm analysis. This percentage clearly differs from the numbers we observed twenty years ago, so much so that the World Health Organization needed to set new fertility parameters in terms of establishing assessment criteria.

The decline in sperm quality in 40% of the cases of unexplained infertility could be attributed to lifestyle and environmental factors. 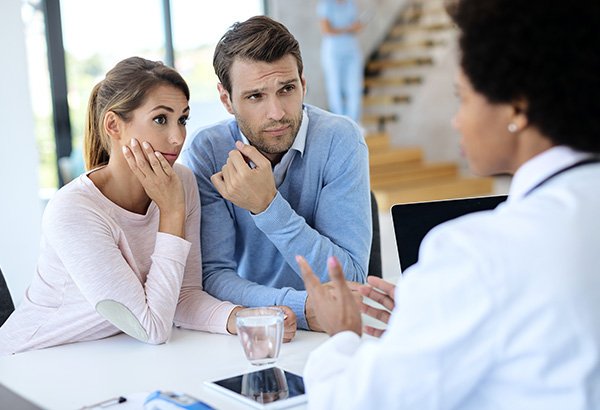 The deterioration of sperm quality, together with the delay in the age at which women begin trying to conceive their first child, are the main causes of the alarming increase in infertility rates. The age of the male, until very recently, was not taken into account, but it seems as though it can also have a negative impact on conception. Pregnancy rates specifically start to decrease after a male turns 45.

According to data from the National Statistics Institute, Spain has one of the world’s lowest birth rates (1.3 children per woman), females who become first‑time mothers, on average, at 32.1 years of age (later than the average age worldwide), and is a country where practically 11% of child are born to women over the age of 40.

At present, it is estimated that one in every five couples will require assisted reproduction in order to have children. In spite of the fact that it has always been believed that females were the main reason for a couple’s infertility, data published over the last few decades has shown that the male factor has also been having an increasing impact on fertility issues as well.

We use cookies to offer you the best experience on our website. You can learn more about which cookies we use or disable them in the settings .

This website uses cookies so that we can offer you the best possible user experience. Cookie information is stored in your browser and performs functions such as recognizing you when you return to our website or helping our team to understand which sections of the website you find most interesting and useful.

If you deactivate this cookie, we will not be able to save your preferences. This means that every time you visit this website you will have to activate or deactivate cookies again.

This website uses Google Analytics to collect anonymous information such as the number of visitors to the site, or the most popular pages.

Please activate the strictly necessary cookies first so that we can save your preferences!